FEATURE: In many ways South Africa is a land of absolutes. We have come to talk in extremes. It is a kind of fundamentalism. The Trevor Manuel, Jacob Zuma exchange – about whether or not we can blame apartheid for our current condition – is a case in point. It is, ultimately, a false choice. Some things can be blamed on apartheid, others not. But that kind of nuance often seems lost on us and, as a result, reason has suffered a cruel blow. In its place, ignorance is entrenching its grip on our debate. 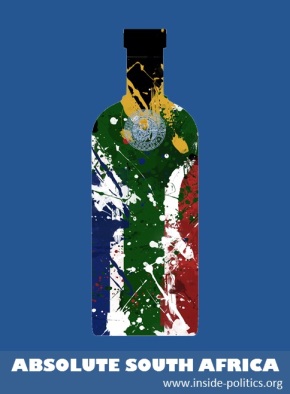 “Reason can wrestle with terrors, and overthrow them.” Euripides

No, this is not an advert for vodka; rather a reference to the kind of absolutism that plagues South African thinking. And before I get accused of the very thing I am referring to, let me qualify that: that plagues much of South Africa’s thinking.

Too often we deal in absolutes, assigning every one or every thing to a particular attitude or description.

Let me give a practical example, to set the scene.

Trevor Manuel recently argued government “should no longer say it’s apartheid’s fault”, when it comes to service delivery failure. In response, Jacob Zuma has argued that, “to suggest that we cannot blame apartheid for what is happening is in our country is a mistake, to say the least”.

No doubt, as a result of this, there will now unfold a debate as to whether or not we can, indeed, blame apartheid for our current condition – at least, more debate, as Manuel’s comments have already triggered much discussion along these lines. “Can we blame apartheid?” Each side pitted against the other, in absolute terms.

But it is a false choice. And we tend to get sucked into this sort of dichotomous thinking, exacerbating rather than interrogating the problem at hand.

(A false choice, by the way, is a logical fallacy, it suggests only two possible options exist and choosing one discounts the other when, in fact, both may be correct or another, third option, might exist.)

The simple truth of the matter is that apartheid can be legitimately blamed for some problems, for others it cannot. Townships, for example, and the massive, unequal distribution of resources and infrastructure exist today because of apartheid. The delivery of textbooks, however, is a current public service entirely unrelated to history. (For the most part attitudes cannot be blamed on apartheid, while context requires reference to it.)

So what we can legitimately blame apartheid for can only really be determined on a case-by-case basis.

But we seem immune to this kind of nuanced debate. Instead we deal in absolutes and, as a result, make absolute moral judgements: because we feel so strongly about so much we debate (let it never be said South Africans lack passion), in arguing one side or the other we attach a whole range of pejorative moral descriptions to each in turn. One side is good, virtuous and right but the other side is bad, unethical and wrong.

And that is putting it mildly. Trawl through the various comments on websites, for example, and far harsher, more damning labels exist (people are “fools”, “idiots” or “stupid” for daring to oppose what is “obvious”, “inarguable” or “common sense”).

We often reduce debates down to a fundamental battle between good and evil. Each side digs deep into their trench. No evidence contrary to their view is worth considering from first principles. And no view that suggests anything other than “the truth”, as one or the other side sees it, anything more than evidence of some demonic force, to be opposed at all costs.

There are many examples of this kind of absolutism. Here is a common illustration: A person, on the basis of a relatively minor and bad experience, will complain: “this proves such-and-such political party does not care”.

That one experience becomes an absolute litmus test for an entire political party’s attitude. In truth, a particular person is responsible for that failure, or a particular set of officials, not an entire institution. It is true, if enough such problems exist, one can draw a more general conclusion about the nature of the party responsible but rarely can one incident be absolutely determining.

Likewise racism. South Africans are generally obsessed with determining which actions or attitudes are or are not racist. “Is it racist”, some people ask, “to refuse to date, say, black people”?

Again, it depends. If the person is a racist, then yes, it is. If not, and race is merely a preference, like blonde hair or height, then no. It depends on the person. You cannot absolutely determine an answer to that question. It is true, some racists hide their prejudice, using the latter as excuse, but that does not change the fact that the answer depends on the individual concerned.

‘Respect’ is another power example – “we must respect everyone”, we are told. Actually, no. Respect can only ever be freely given, it cannot be demanded, and thus what a person respects is determined by their moral code. One might plausibly argue it is healthy to encourage a general respect for human rights, individual liberty and self worth, but you cannot demand it absolutely. Each person is entitled to respect who or what they want.

If you take a step back from our public debate and look at the language we use, it is defined by a plethora of absolute terms: ‘must’, ‘right’, ‘wrong’, ‘cannot’, ‘everyone’, ‘everything’, ‘all’, ‘blacks’, ‘whites’, ‘rich’, ‘poor’, ‘DA’, ‘ANC’, even ‘South Africans’. In many respects, we have come to think in these absolute categories.

That is not to suggest there is no place for absolute judgement, I am not suggesting some kind of moral relativism, only that one needs to be specific when using an absolute description or term (and, of course, be able to support it with reason and evidence). If they are applied unthinkingly and generally, however, you can be sure closer inspection will render them both inaccurate and, therefore, wrong. So one harms only one’s own position by doing so.

Perhaps more to the point, when so much discussion is framed in absolutely, it damages debate itself. It becomes impossible to identify best practice, to compromise or even to be otherwise convinced by reason. So fundamentally is one view entrenched, it is effectively closed to persuasion – the very point of debate in the first place.

In fact, the exchanging of diametrically opposite blows in this way is not a debate at all – and it is inaccurate to call it that, as we so often do – it is merely a shouting match, to see who can impose their view more forcefully, not with reason but by being more extreme.

The result is a kind of vicious circle, where each side ups the ante, until reason itself is outlawed altogether. You can see how bullies thrive in such an environment, as it rewards brute strength not powerful argument. And it turns people into bullies, because the only way they can be heard is by shouting down their opponents. We become the monsters to which de Goya refers. And fundamentalism, the primary enemy of reason, becomes the order of the day.

So, the next time you feel compelled to take an absolute moral position, think twice. Ask yourself: can what I am about to say be absolutely applied to this situation? Is it not, perhaps, specific to a particular person, view or situation and applicable to one context and not another?

You will find the answers to those questions help you better frame your argument and thus your chances of seeming more reasonable are far greater. Ultimately, you are more likely to persuade someone of your position and to help ensure that reason, not ignorance, flourishes.

Leave a comment and tell the author what you think